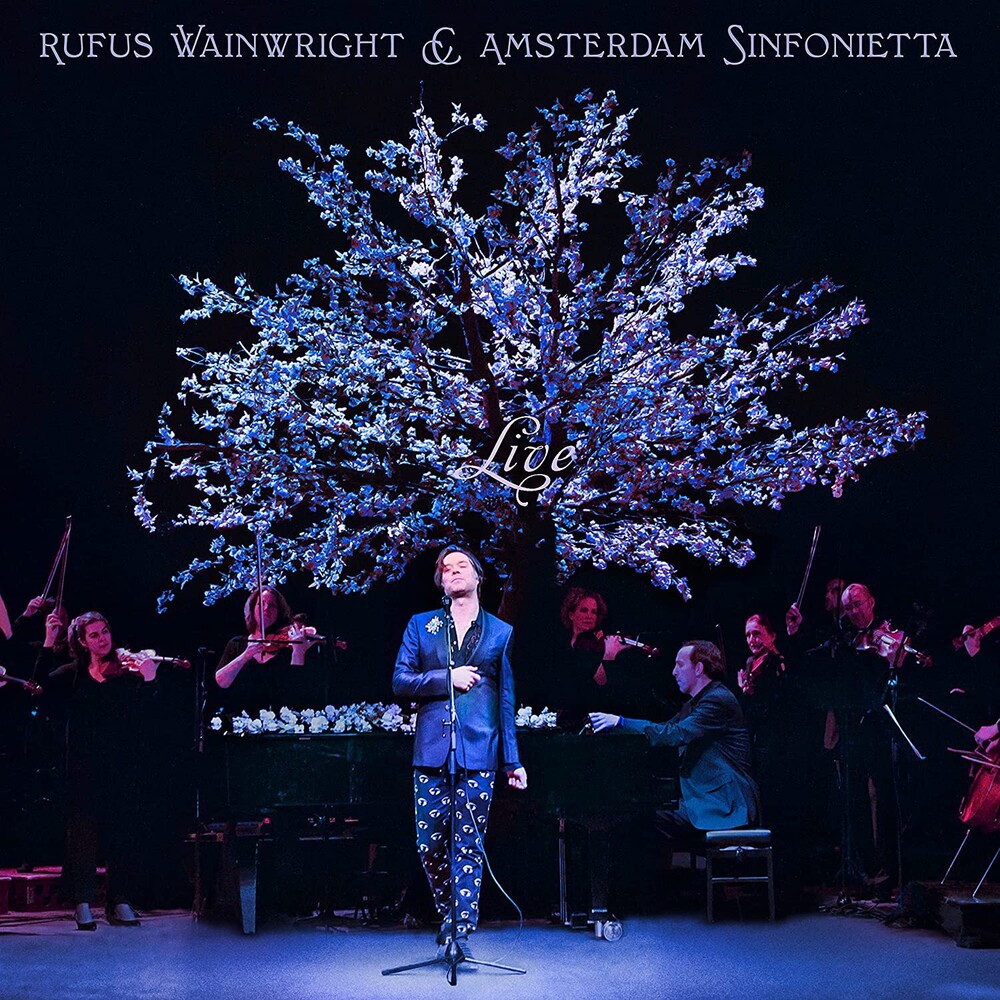 RUFUS WAINWRIGHT AND AMSTERDAM SINFONIETTA (LIVE) - In January 2017 Rufus Wainwright toured with the prestigious all string ensemble Amsterdam Sinfonietta through the Netherlands. Critics and audiences of the ten concerts were enraptured by the intimacy and intensity of the program curated by Wainwright. The concerts reflected the immense bandwidth of Wainwright's musical influences and interests from Verdi Arias to Leonard Cohen and Joni Mitchell, from Rameau pieces to the American songbook and French chanson and from Wainwright's beloved Berlioz to his family's and his own songs, some of them written for this program. Emotional center piece of the album is Wainwright's almost 9 minute version of late Canadian singer songwriter Lhasa de Sela;s harrowing "I'm going in", a song she wrote about her own death from cancer at the age of 37. All arrangements were created specifically for the Amsterdam Sinfonietta and around Wainwright's voice that is truly at the peak of it's power. The artistic kinship between Wainwright and the Amsterdam Sinfonietta lead by Candida Thompson is astounding and make these live recordings into something utterly unique and breathtaking. "Rufus Wainwright and Amsterdam Sinfonietta Live 2017" will be released on BMG's Modern Music Label as vinyl, CD and digital releases with two bonus tracks on the digital formats. The album was mixed by multiple Grammy winner Ryan Freeland and mastered by Ruairi O'Flaherty both in Los Angeles and is comprised of live recordings from five of the ten concerts.
Prices on WaterlooRecords.com do not reflect the prices in our retail store location.
"In Stock" on WaterlooRecords.com does not reflect 'in stock' at our retail location, however it means we have quick order fulfillment (generally 2-3 business days).
back to top