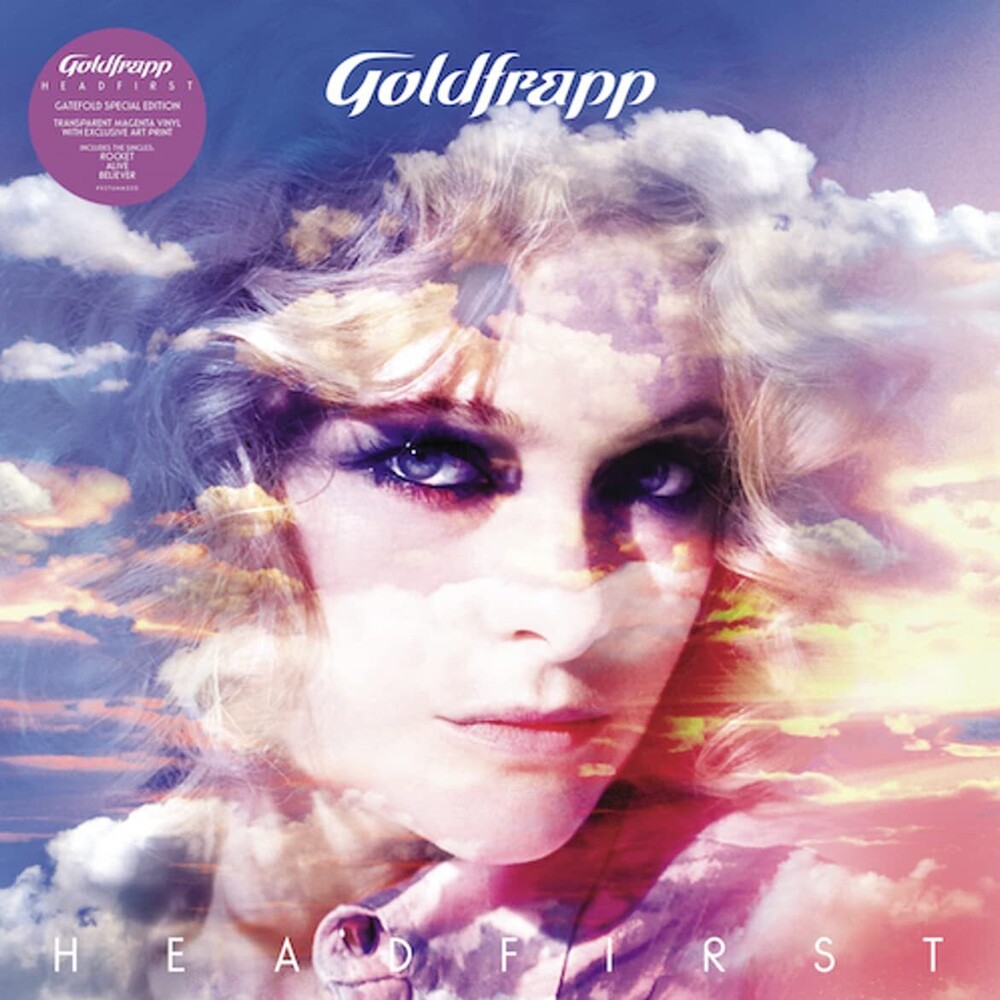 Limited colored vinyl LP pressing. Head First remains one of Goldfrapp's most powerful trips to date, a speedy rush of synth optimism, euphoria, fantasy and romance. With life affirming lyrics and stellar production it lifts off at full tilt and takes us on a journey to the heart of 2010. The diversity, ambition and direction of the album highlights Goldfrapp as true agenda-setters and modern British musical icons. Head First followed-up the critically acclaimed Seventh Tree, and was the fifth entry in a brilliantly consistent body of work from the captivating electronic balladry of their Mercury nominated debut Felt Mountain and it's distorted-dancefloor follow-up, Black Cherry to the glitterball glamour of Supernature which went on to sell over a million copies. The Grammy-nominated album yielded the trio of singles "Rocket," "Alive" and "Believer." Following the reissue series of Black Cherry, Supernature and Seventh Tree by Mute/BMG, Head First is presented here on gatefold colored vinyl LP with an exclusive art print of the original artwork.
Prices on WaterlooRecords.com do not reflect the prices in our retail store location.
"In Stock" on WaterlooRecords.com does not reflect 'in stock' at our retail location, however it means we have quick order fulfillment (generally 2-3 business days).
back to top