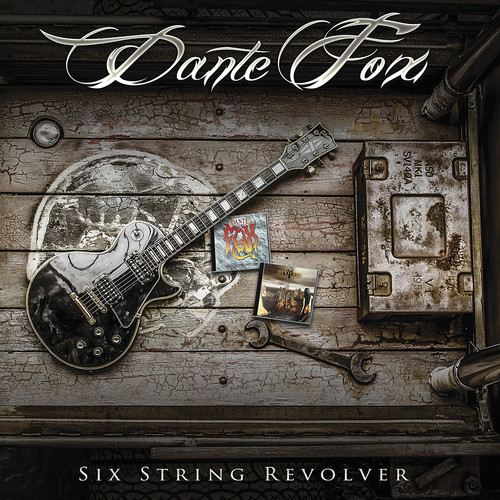 2017 release, the fourth album from Dante Fox. Lost Man's Ground features the new rhythm section Andy Perfect (Drums) and Alan Mills (Bass), and also Alessandro DelVecchio on backing vocals and Eric Ragno on keyboards. In June 2012 a magical night was experienced opening for US band Night Ranger in London. This year ended with a much-anticipated performance at Firefest and a great slot at Hard Rock Hell. In September 2016 the album Breathless was released through AOR Heaven and received excellent critical acclaim featuring in many journalist's Top 10 albums of 2016 and propelling Dante Fox as One of the leaders in modern melodic rock for 2017. Six String Revolver sees the band pay homage to their most popular songs from the first two albums from the '90s. These songs have enabled Dante fox to evolve over time they have been re-recorded from the ground up with love, respect, precision and an excellent state of the art modern production from Sheena Sear at M2 Studio's.