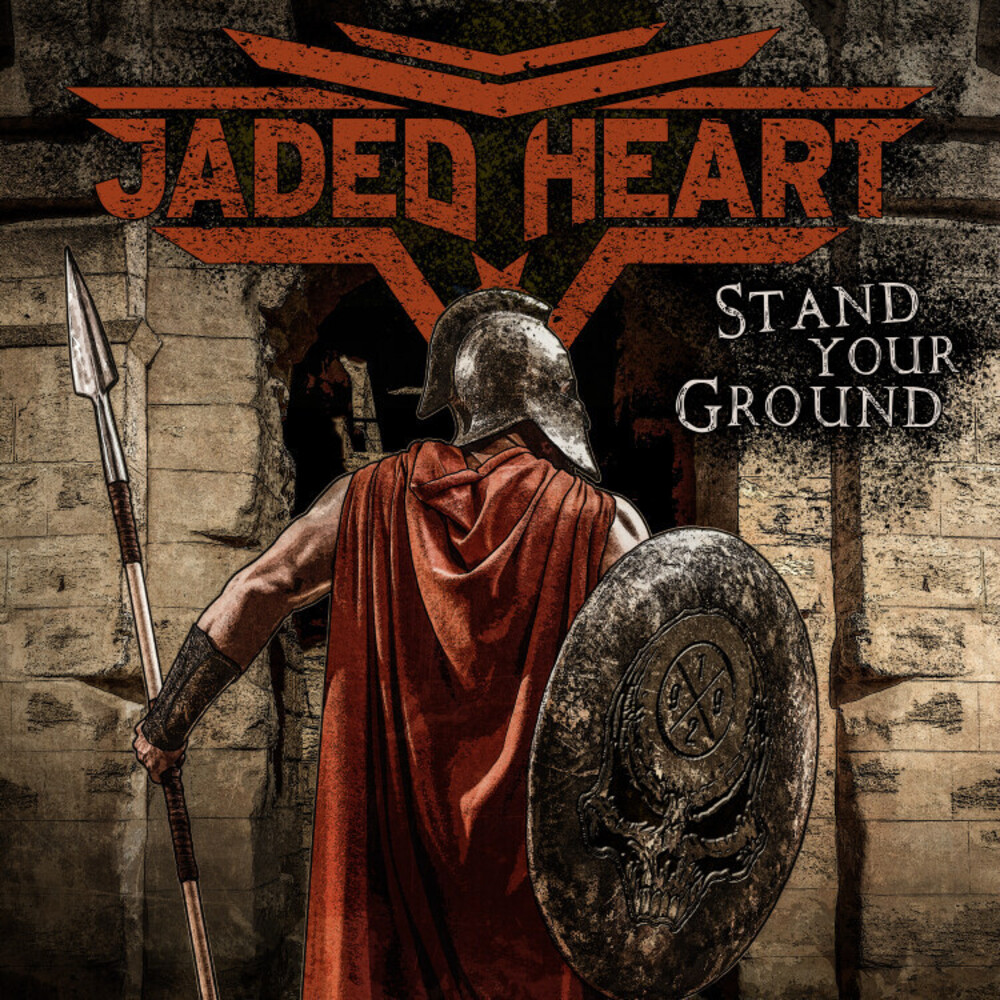 Jaded Heart are back with another melodic metal album they are extremely proud of! But wait, there's more: "Stand Your Ground" is the first Jaded Heart album ever without keyboards. Jaded Heart transformed into a melodic metal band with heavy guitars and modern metal drumming in the past years. The band had been discussing the idea to leave out keyboards in their songs for a while now and decided that this move gives them a sound that will make a difference in their approach. Jaded Heart has always been a melodic band that writes songs with huge sing-along choruses - and this album offers many of those! For the first time in years, the entire band got together and wrote 2 songs as a complete unit in a rehearsal room in Cologne. Because the band lives in different countries this was not an easy task as you can imagine. The creative juices were flowing in full force and it took the band just 3 hours to write "Hero To Zero" and "Kill Your Masters"!  The album cover however was not as easy to give birth to, but when Thomas Ewerhard presented the gladiator idea, everyone was on board right away. The impressive title song "Stand Your Ground" is about that very topic. Another first for Jaded Heart was the involvement of an external lyricist. Johnny Lindberg was more than happy to be part of this album: "These songs inspired me. The high quality of the melodies and the rhythms alone on this album kind of provoked thoughts that sometimes sprung into words in me - and some lyrics ended up basically writing themselves. It's been a great honor to have been given the task to write the lyrics for this hard-rocking, melodic metal album.