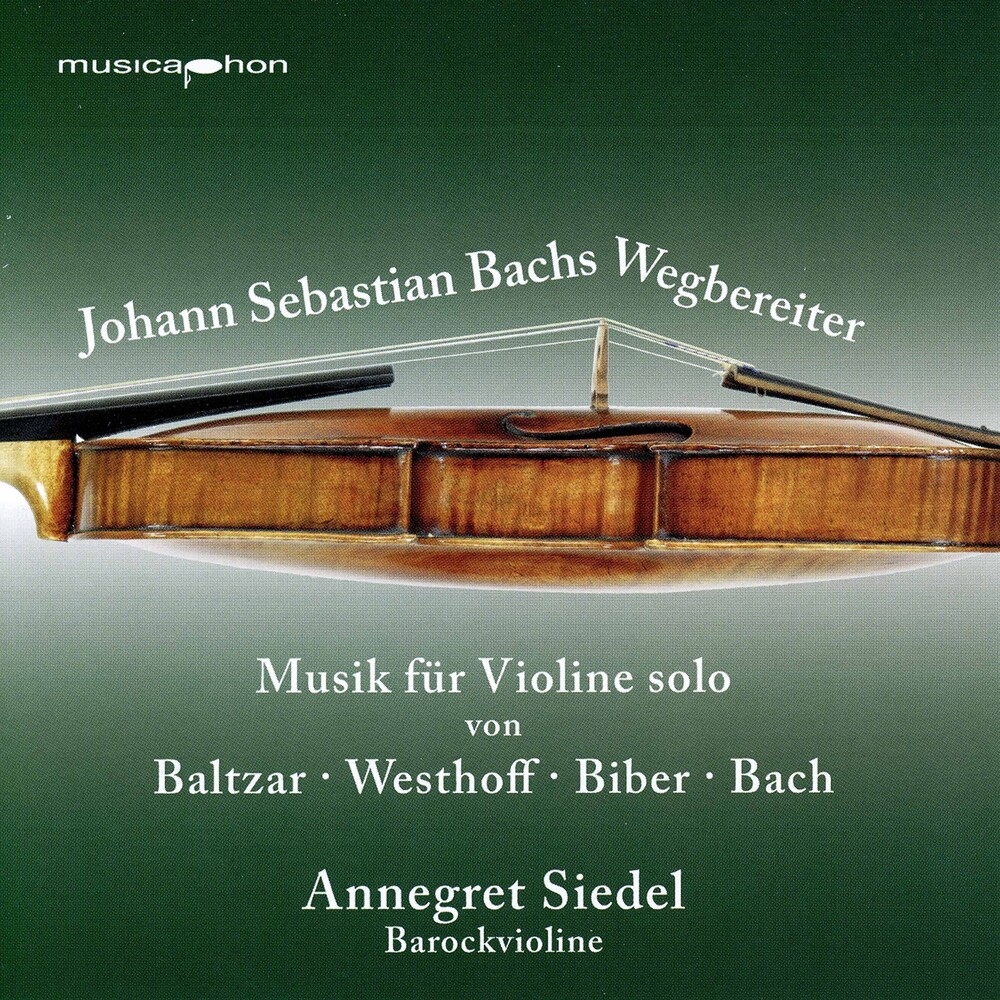 Johann Sebastian Bach's Chaconne, the last movement of the Partita No. 2 in D minor, is considered to be the most overwhelming piece ever written for violin solo. The richness of impression can't be surpassed. The virtuoso polyphonic play developed here on "only" four strings - on the violin, which is regarded above all as a melody instrument - let ask for the history of this phenomenon, the development and the testimonies for polyphonic violin playing between 1670 and 1720. During this period the Passacaglia by Heinrich Ignaz Franz Biber - the first extensive set of variations handed down to us - and the suite in A major by Johann Paul Westhoff, the first printed cyclic composition for solo violin, had their origin. Bach's Chaconne is part of the carefully written manuscript in which Bach put together three sonatas and three partitas: "Sei Solo. a Violino senza Basso accompagnato". Prerequisite for the composition of these works is a profound experience as a violin player. Of course, one wonders wherefrom Johann Sebastian Bach got his knowledge and looks primarily at his family. He received musical education firstly by his father Johann Ambrosius Bach (1645-1695), the head of Eisenach city musicians, who also served as court musician and was a respected violinist. After his death the just ten-year-old older was taken in by his brother Johann Christoph (1671-1721), organist at St. Michael's Church in Ohrdruff, who continued to teach him. In nearby Eisenach, the uncle Johann Christoph Bach (1642-1703) was organist at the Georgenkirche. When fifteen-year-old Johann Sebastian attended the Michaelisschule in Lüneburg for two years, he almost certainly had contact with Hamburg, Lübeck and Celle and the musical life there. In these cities over generations musicians acted in the "Ratsmusik", who played the violin excellently. Virtuoso violin playing was at home in northern Germany.