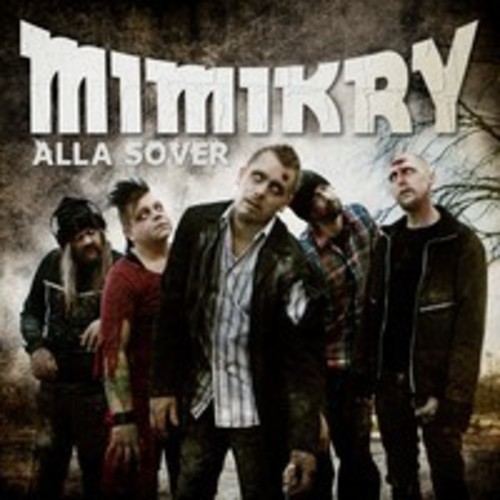 In the four years since the last album Mimikry celebrated 20 years as a band and released the compilation album "Twenty", with a few new songs, which as "red flags" that quickly got up and attracted several hundred thousand listeners on Spotify and Youtube. And now there is a strong suction in the band to finally make a really good album, and together with one of the country's best producers, Jonas Stewart has created an album that feels both in 2016, in the stomach and the heart. The band themselves say: "it feels right to do it with Stewart, which so far we only made occasional projects. Stewart has his autism to find good pressure and good sound, and has extensive experience of harder music (he has produced a variety of entities within the metal). We think ourselves that it is so damn fun to be in the studio and hear how the songs are emerging that sounds both very much Mimikry while there are a lot of new ideas. I think our pep to get to do this record, a pepper that probably has not been in the band since "Age Country", will shine through. "In addition, the band has it's singers Hjalle which has a great feel for melodies and good Swedish texts. The disc will contain a great variety when it comes to song material that is both grand melancholy, rapid smoking and everything in between.
Prices on WaterlooRecords.com do not reflect the prices in our retail store location.
"In Stock" on WaterlooRecords.com does not reflect 'in stock' at our retail location, however it means we have quick order fulfillment (generally 2-3 business days).
back to top