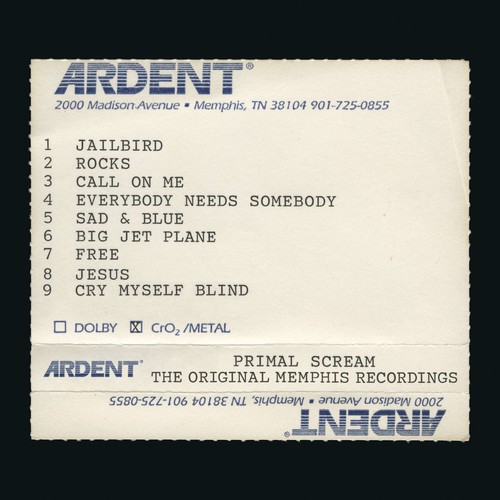 Double vinyl LP pressing. 2018 archive release. After the huge success of Screamadelica, in 1993 Primal Scream went to Memphis to make an album with Tom Dowd and the Muscle Shoals rhythm section, which was originally intended to be their 'country soul' album, but never saw the light of day. Now, following the recent discovery of these tracks lurking in Andrew Innes' basement, Primal Scream will release the original studio recordings from Memphis of the tracks that eventually became their 1994 album Give Out But Don't Give Up. Teaming up with legendary producer Tom Dowd and the Muscle Shoals rhythm section of David Hood (bass) and Roger Hawkins (drums) at Ardent Studios in Memphis, these are the results from those classic sessions. Dowd's deft production, coupled with the merging of this sublime rhythm section along with the band led to the creation of nine glorious tracks that run the gamut between blues, gospel, soul and country.
Prices on WaterlooRecords.com do not reflect the prices in our retail store location.
"In Stock" on WaterlooRecords.com does not reflect 'in stock' at our retail location, however it means we have quick order fulfillment (generally 2-3 business days).
back to top