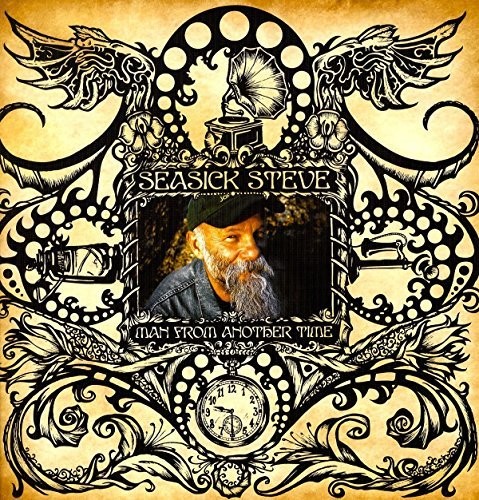 Limited vinyl LP pressing of this 2009 release. Man From Another Time is the fourth album by Seasick Steve. Born Steven Gene Wold, Seasick Steve is an American blues musician. He plays mostly personalized guitars, and sings, usually about his early life doing casual work. Wold made his first UK television appearance on Jools Holland's annual Hootenanny BBC TV show on New Year's Eve 2006. After that show his popularity exploded in Britain, and he commented "I can't believe it, all of the sudden I'm like the cat's meow!" He was well received in the UK, winning the 2007 MOJO Award for Best Breakthrough Act and going on to appear at major UK festivals such as Reading, Leeds and Glastonbury. In 2007 he played more UK festivals than any other artist.