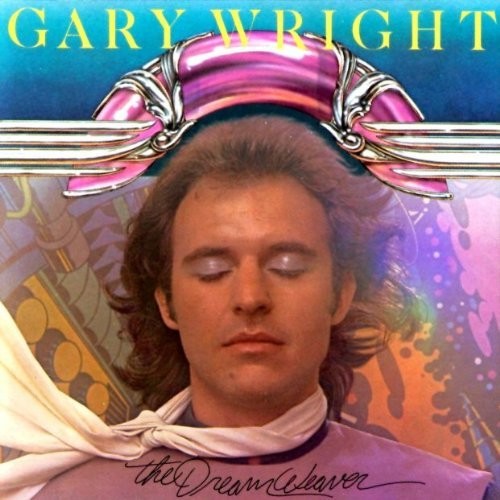 Digitally remastered and expanded edition including two bonus tracks. Includes booklet with 3,500 word essay, enhanced artwork with previously unseen photos and new interview. It's highly unlikely that you'd have wagered that a former member of early '70s hard rock band Spooky Tooth would resurface later that decade with a major selling solo album and an all persuasive, soft rock, hit single 'Dream Weaver'. It was a remarkable achievement and one that elevated Gary Wright to a new audience, allowing him the space to develop a solo career that continues to this day. Born in the USA, Wright moved to the UK and joined Spooky Tooth at the suggestion of Island records Chief Chris Blackwell. It was a match made in heaven but, as these things often pan out, the band's commercial appeal waned, leaving Wright with little choice but to return to the USA and contemplate a solo career. Securing a recording deal with Warner Brothers records, he set about taping a series of demos with just keyboards and a synthesizer. This combination of instruments produced a fascinating sound and one that he continued to pursue on the finished record. The Dream Weaver album was issued in 1975 and spawned the enormously successful us #2 hit single of the same name. It was an instant classic and a song that continues to be heard around the world to this day on radio, TV and in movies. Remarkably, the album also contained a successful follow up hit single, 'Love Is Alive', a similarly structured track built on synths and a funky backbeat. Dig deeper and you'll find the surprising presence of guitarist Ronnie Montrose flexing his considerable muscle on 'Power Of Love'.
Prices on WaterlooRecords.com do not reflect the prices in our retail store location.
"In Stock" on WaterlooRecords.com does not reflect 'in stock' at our retail location, however it means we have quick order fulfillment (generally 2-3 business days).
back to top