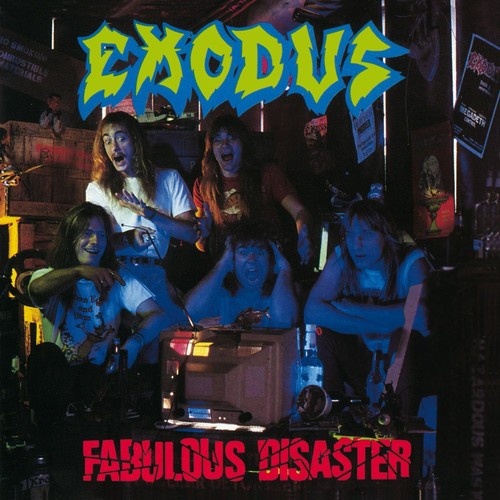 Fabulous Disaster is the third studio album by Exodus. It was released on January 30, 1989 on the UK label Music for Nations, while the US version was released on Combat/Relativity Records.[3] In 1999, Century Media remastered and reissued the band's first three albums in Europe only. Fabulous Disaster was Tom Hunting's last release with Exodus until the 1997 live album Another Lesson in Violence. Additionally, it was the first Exodus album not to feature a lineup change from after one consecutive studio album, and one of two albums to include two song covers (the other being 1992's Force of Habit).