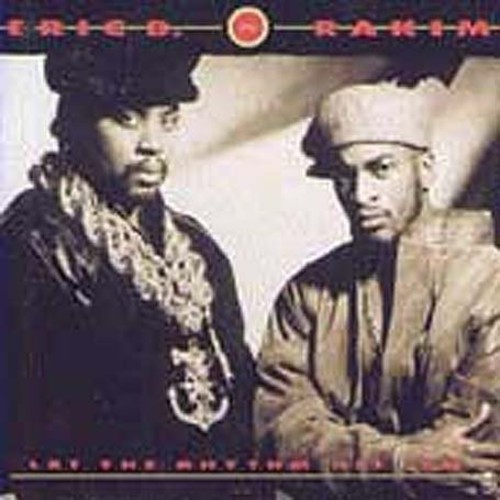 ''Let the Rhythm Hit ’Em'' is the third album by groundbreaking hip-hop duo Eric B. & Rakim, released in 1990. The group's sound develops further, with Rakim adopting a deeper, more aggressive tone of voice, and more mature and serious subject matter. Musically, the production ranges from smoother soulful tracks such as "In the Ghetto" to the hard-edge assault of the title track "Let the Rhythm Hit ’Em." Despite the fact that it doesn't boast singles as popular as the duo's previous albums ("Paid in Full" and "Follow the Leader") it is considered by many to be the duo’s most coherent album. The album is one of a few that have received a 5-mic rating when it was reviewed in ''The Source'' Magazine. In 1998, the album was selected as one of ''The Source's'' 100 Best Rap Albums.

The back cover features a dedication to the memories of Rakim's father William and producer Paul C., who had worked on many of the album's tracks before his murder in July 1989. Paul's protégé Large Professor completed his work. Neither receive credit in the album's notes. - Wikipedia