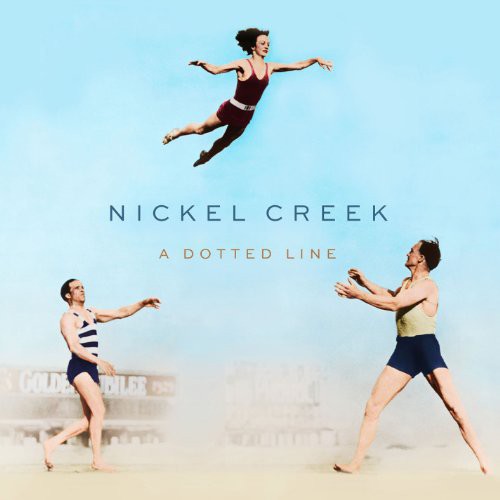 The Grammy Award winning, multi-platinum selling trio Nickel Creek - Chris Thile (mandolin/vocals), Sara Watkins (fiddle/vocals), and Sean Watkins (guitar/vocals) - officially reunites for the first time since it's 2007 self-described 'indefinite hiatus' with a new album, a DOTTED LINE. As Nickel Creek's 25th anniversary approached, the band members decided they ought to mark it in some way, so they got together to write music in Chris Thile's apartment last year. They ended up with six new co-written songs, which they eventually took to a Los Angeles studio, along with one tune by Thile, one by Sean Watkins, and two covers: Sam Phillips' 'Where Is Love Now' and Mother Mother's 'Hayloft.' There they worked with Valentine (Queens of the Stone Age, Smash Mouth), who had produced Nickel Creek's previous album, WHY SHOULD THE FIRE DIE?.