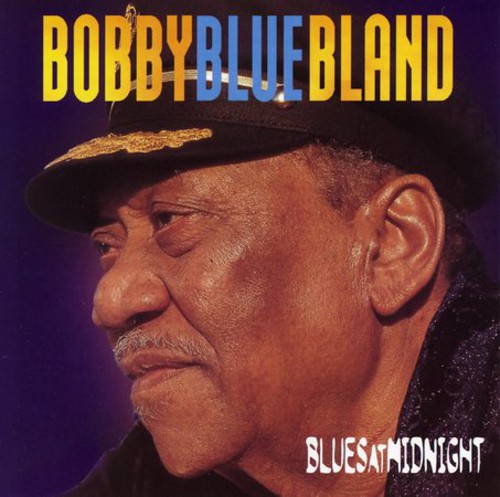 When Bobby "Blue" Bland turned 70 in 2000 he didn't get a fractionof the attention that Johnny Cash's milestone had just received, but Bland'scareer is every bit as impressive and has many parallels to Cash's, includingan interest in gospel music and some early sides for Sam Phillips at Sun Records.Bland's first professional experience, if you exclude singing for tipson the streets of Memphis, was in The Beale Streeters, a band that also includedJohnny Ace and B. B. King. Bland's first sides for Sun and Chess went nowhere,but after signing with Houston's Duke Records in 1955, his career tookoff.

Bland has always been an adventurous artist, with many pop, soul, country andR&B covers on his résumé. The major labels didn't knowhow to deal with that aspect of his career, but Malaco Records, his home since1985, specializes in a similar genre-bending style that could be called Afro-Americana,a timeless mix of soul, R&B and blues that perfectly suits Bland'sferocious style. Bland's lost some of his high range over the years, butthe mellow growl that remains is as soul stirring as ever. Bland swings likemad on the jump blues of "Baby What's Wrong With You," pourshis heart out on tales of forsaken love like "This Man-Woman Thing"and "The Only Thing Missing Is You" and stamps "What a WonderfulWorld," long associated with Louis Armstrong, with the mellow warmth ofa setting summer sun.
Prices on WaterlooRecords.com do not reflect the prices in our retail store location.
"In Stock" on WaterlooRecords.com does not reflect 'in stock' at our retail location, however it means we have quick order fulfillment (generally 2-3 business days).
back to top