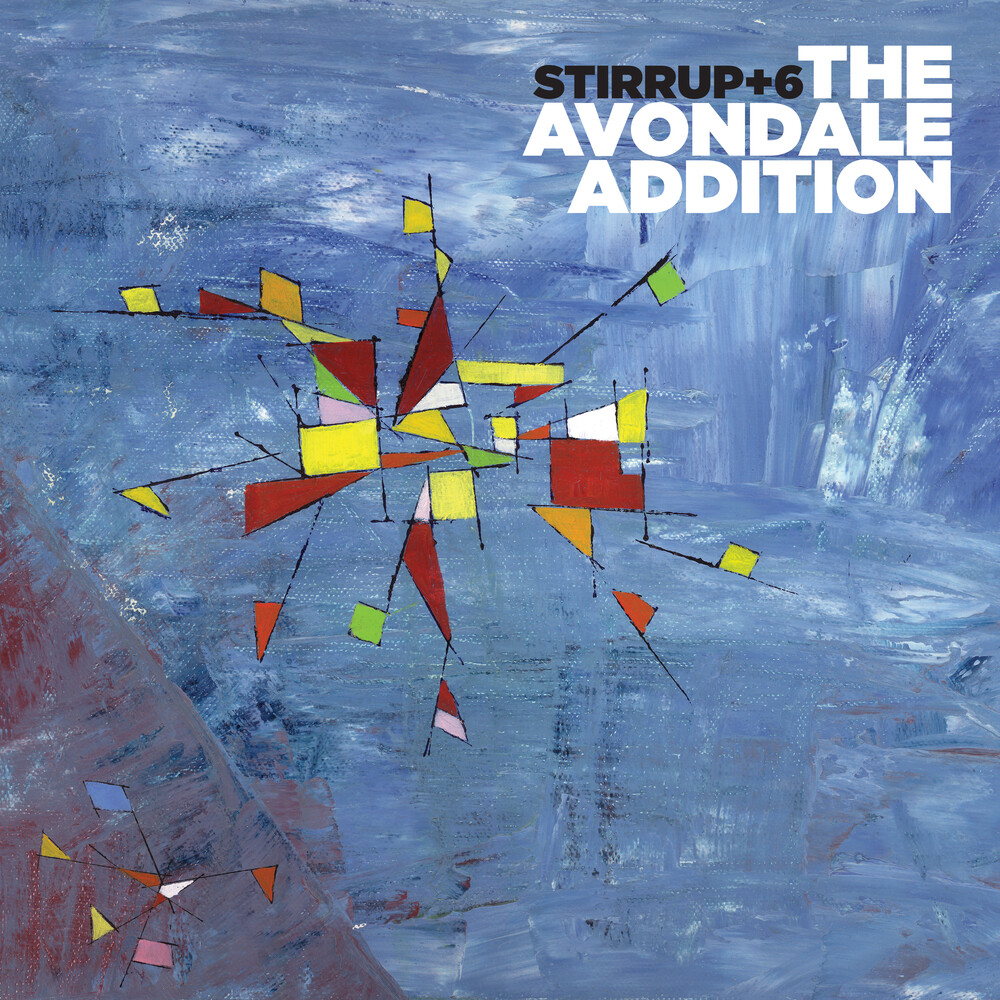 STIRRUP is NICK MACRI : Bass, CHARLES RUMBACK : Drums + 6, JEN CLARE PAULSON : Viola, ZOOTS HOUSTON : Electronics, KEEFE JACKSON : Reeds, RUSS JOHNSON : Trumpet,  PETER MAUNU : Guitar, Violin,  MARS WILLIAMS : Reeds -The Avondale Addition is an amalgam of two of Fred Lonberg-Holm's long-running projects: Stirrup and his "Lightbox Orchestra", a revolving-door project that began over 20 years ago as a way to organize large, ad-hoc improvising ensembles using a light-based cueing system and cue cards. Typically, a Lightbox concert has no pre-composed materials, but for this performance recorded live at Elastic Arts in Chicago, compositions by members of Stirrup comprised a "book" from which the guest musicians (the "+6") draw on in addition to freely improvising when called on to do so.  In effect, Charles and Nick continue to do things they might normally do on a Stirrup gig, but instead of Fred playing cello,  he acts as a kind of improvising arranger stationed behind his Lightbox cueing station, with the invited guests taking on the melodic and soloist roles he might normally perform. ".. hypnotic.. pretty melodies unfold, roil, and mutate over churning ostinatos and shuffling, shape-shifting beats.. extended,  lyrical solos hit with the power of psych-rock.. and tickle the ear with microtonal glissandos a la Arabic or Indian music. Swing patterns, explosive rolls, and skittery flourishes.. " - Peter Margasak (The Chicago Reader) Recorded live on June 15, 2017 at Elastic Arts in Chicago, Illinois by Dave Zuchowski/One Room Studio.