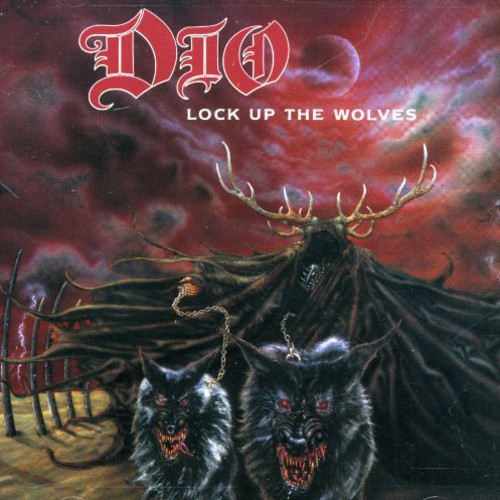 Out-of-print in the US. For the '90s, Ronnie James Dio retired his entire band and put together a brand new Dio line-up for 1990's LOCK UP THE WOLVES. While some new members were already familiar to longtime heavy metal fans (drummer Simon Wright was a brief member of AC/DC in the mid-80's, while keyboardist Jens Johansson did time in Yngwie Malmsteen's band), the biggest story of the new line-up was newcomer Rowen Robertson on guitar. Like Dio's previous guitarists (Vivian Campbell and Craig Goldie), Robertson's heavy riffs and technically accomplished soloing skills complemented Dio's mediaeval storytelling perfectly. The young guitarist, who was barely in his 20s, reinvigorated Dio's desire to rock, as evidenced by such tracks as the vicious album opening "Wild One", as well as the title track and "Walk on Water".