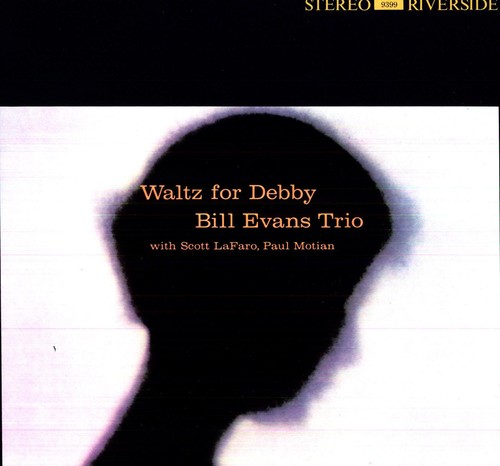 Waltz for Debby is an album by American jazz pianist Bill Evans and his Trio consisting of Evans, bassist Scott LaFaro, and drummer Paul Motian, originally released in 1961. This was Bill Evans' first trio. The album was the fourth and final effort from the unit-LaFaro died in a car accident just ten days after the live date at the Village Vanguard from which Waltz for Debby and it's predecessor, Sunday at the Village Vanguard were taken. The loss of LaFaro hit Evans hard, and he went into a brief seclusion. When Evans returned to the trio format later in 1962, it was with Motian and noted bassist Chuck Israels. The title track, a musical portrait of Evans' niece, became a staple of his live repertoire in later years. It originally appeared as a solo piano piece on Evans' debut album, New Jazz Conceptions. It remains what is likely Evans' most well-known song, one that he would play throughout his career. This album is widely considered to be one of the best in the Evans canon, and the type of emotive interplay between the musicians that at some points seemed almost deconstructed has served as a model for piano trio play.