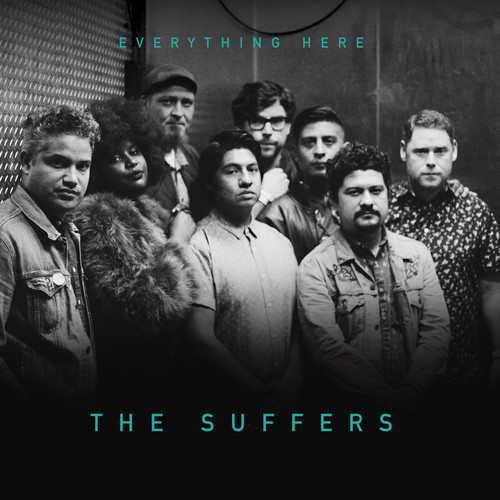 2018 release. Houston-based Gulf Coast soul band The Suffers, led by the powerhouse vocals of Kam Franklin, is a contemporary version of classic R&B bands Earth, Wind & Fire, Kool & The Gang, The Commodores and others. Their critically-acclaimed 2016 debut led to performances on Late Night With David Letterman, The Daily Show and NPR as well as high-pro?le placements such as Queen Sugar, Honda and Kit-Kat TV spots. Everything Here, the band's highly-anticipated follow-up to their celebrated debut album, delivers an even stronger set of soul tracks that ?ow together to create a seamless, true album listening experience. The ?rst single, "Do Whatever," is a sunny, upbeat number in the vein of Stevie Wonder while "Mammas" is a moving tribute to mothers everywhere. Cameos by Houston rapper Paul Wall and Bun B cement the band's Houston identity as does "After The Storm," which references the devastating Hurricane Harvey.