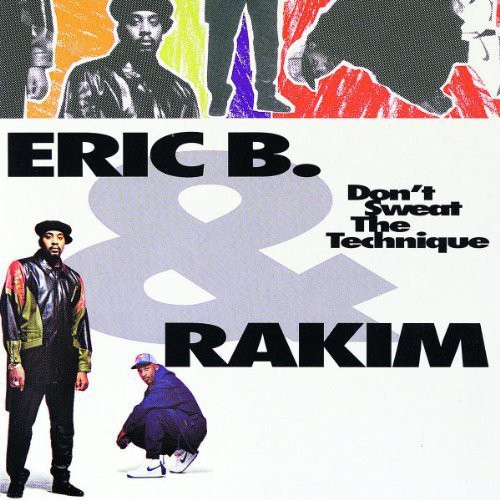 ''Don't Sweat the Technique'' is the fourth and final album from hip hop duo Eric B. & Rakim, released in 1992. The album builds on the sounds of 1990's ''Let the Rhythm Hit 'Em'', with Rakim sounding more aggressive than ever on top of Eric B.'s jazzy, soulful production. The title track was a minor radio hit. "Casualties of War" was also released as a single and contains some of Rakim's most political lyrics. "Know the Ledge" first appeared in the film ''Juice'' under the title "Juice (Know the Ledge)". - Wikipedia