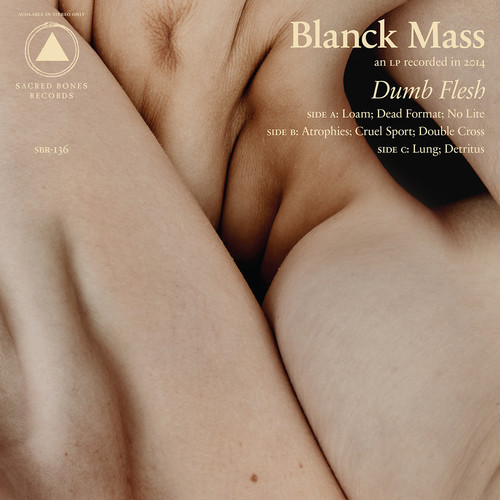 Benjamin John Power’s newest solo offering as Blanck Mass, Dumb Flesh, was written, produced and recorded in a number of different locations over the space of a year. It began life in Fuck Buttons’ ‘Space Mountain’ studio, moved into a windowless attic space in Hatch End, North London, then was finished up at Ben’s new home in Edinburgh. The geographical spread of the sessions is reflected in the shifting landscapes of the tracks and the ever-changing sound-palette used to realize Dumb Flesh as an expansive body of work. As a work of art, Dumb Flesh is a comment on the flaws of the human form in its current evolutionary state. The frailty of the human body naturally became a resonant and inescapable part of the album's gestation.

“We are at the mercy of our genetic heritage everyday. No matter how intelligent we are compared to other life forms, we’re still made up of the same building blocks and things can go very wrong”. In particular, the first single ‘Dead Format’ reflects upon this reality, whilst ‘Atrophies’ and ‘Detritus’ acknowledge the organic decay we will all inevitably succumb to.