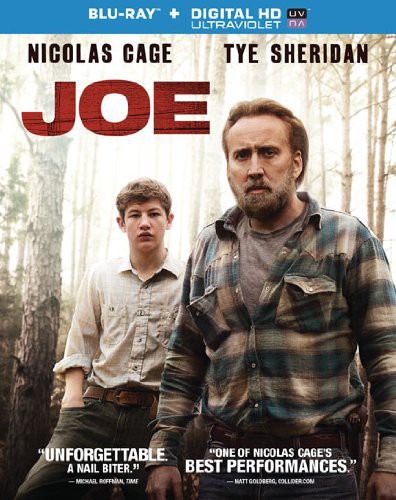 David Gordon Green's Joe stars Nicolas Cage as the title character, the foreman of a work crew hired to poison trees before they are cleared from land owned by people who plan to develop it. One day, 15-year-old Gary (Tye Sheridan) arrives at the worksite looking for a job for both himself and his alcoholic, shiftless father. Joe hires them both, but the self-destructive dad is quickly told never to return. Gary, however, earns his keep, and soon he begins to think of Joe as a father figure. However, Joe has a prison record, and a problem keeping his explosive anger in check, and when a local man develops a grudge against him, both Gary and Joe must take a stand. Joe screened at the 2013 Toronto International Film Festival.
Prices on WaterlooRecords.com do not reflect the prices in our retail store location.
"In Stock" on WaterlooRecords.com does not reflect 'in stock' at our retail location, however it means we have quick order fulfillment (generally 2-3 business days).
back to top