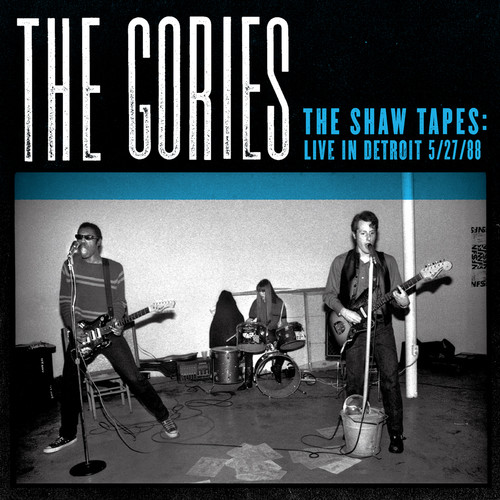 The Gories began in the cultural vacuum of Detroit in 1986. With humble beginnings at a community concert series through a tumultuous end on their 1992 European tour, this is a band whose influence has far outstretched the ground they covered. Rooted in the primal, primitive underpinnings of 50's rhythm and blues and unhinged 60s garage punk, the sound they came to was wholly their own. Over two years in the making, Third Man collectively feels like a bunch of teenage fanboys with the release of The Shaw Tapes: Live in Detroit 5/27/88. Recorded at a house party in a converted store front, the band captured here is at the height of its powers. Featuring covers of classics by the likes of John Lee Hooker, the Stooges and Willie Dixon, as well as a bevy of their oft-imitated originals, Live in Detroit 5/27/88 is the Gories' first live album, their fourth full-length and their first widespread release since 1992.

While band members Mick Collins and Dan Kroha would go on to wider recognition in the Dirtbombs and Demolition Dolls Rods respectively, the Gories should be viewed in the same influential context as the Velvet Underground and the Cramps. While they may have barely sold any records, the folks that saw and heard these bands were inspired to create. It's high time the Gories get their due and there's no better evidence than this explosive live recording from 25 years ago.