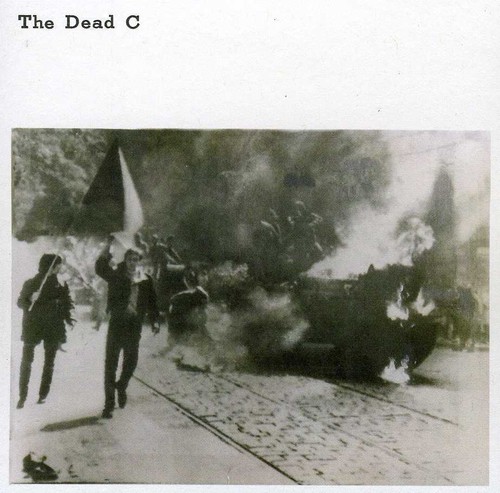 2013 release from one of the most respected, longest surviving groups in the history of Rock. Still sporting the original band members from their first assemblage in 1987, The Dead C's renown has a lot to do with their stubborn unwillingness to compromise in any form. Armed Courage reaffirms their epochal career. With two side-long tracks, the record epitomizes the elements which elevate The Dead C to a level of worship. Compositions assemble and pivot, colliding new landscapes while undermining their very foundations. The Dead C exists on an intuitive sphere, with music never over-thought, yet rewarding when contemplated. 2013 marks the first time The Dead C has ever appeared on the cover of a magazine, and how appropriate that it was in the Wire, the only international music rag to celebrate anti-traditionalism. It is easy to view this as a highpoint of recognition, but the real achievement happens whenever that cognitive switch flips in the listener's head, and they suddenly think, 'I get it' - because from that point on, the promise of future satisfaction is guaranteed.
Prices on WaterlooRecords.com do not reflect the prices in our retail store location.
"In Stock" on WaterlooRecords.com does not reflect 'in stock' at our retail location, however it means we have quick order fulfillment (generally 2-3 business days).
back to top