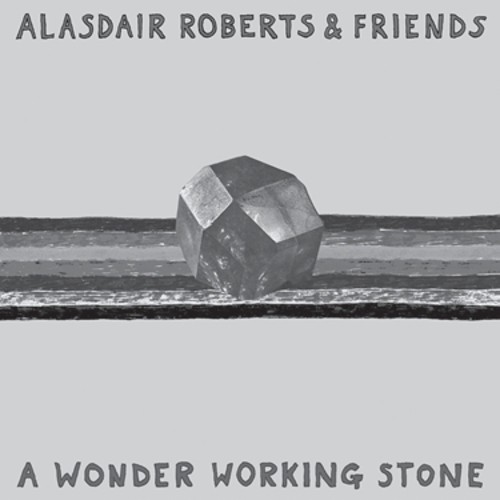 DISC: 1
1. The Merry Wake
2. The Year of the Burning
3. Fusion of Horizons
4. The Wheels of the World
5. The End of Breeding
6. Song Composed in December
7. Brother Seed
8. Gave the Green Blessing
9. Scandal and Trance 1
10. The Laverock in the Blackthorn

Vinyl LP pressing. 2013 album from the Scottish Folks singer/songwriter (AKA Appendix Out). Alasdair's latest is by turns metaphysical, cosmological, phantasmagorical, topical, personal and universal. This is Alasdair's most ambitious, fully-realized work to date: A Wonder Working Stone continues his long-standing love affair and deeply creative interaction with the traditional music of his native Scotland (and beyond). Roberts delivers his unique 'scordatura' finger style guitar and distinctive tenor vocals with the backing of a core group of among Glasgow's finest, with special guest vocals from Olivia Chaney, as well as appearances from many other fine players on strings, brass, flute and accordion, all of which edify and expand the musical world of Alasdair Roberts and all those friends who listen.
Prices on WaterlooRecords.com do not reflect the prices in our retail store location.
"In Stock" on WaterlooRecords.com does not reflect 'in stock' at our retail location, however it means we have quick order fulfillment (generally 2-3 business days).
back to top