All Other Top Sellers

When We All Fall Asleep, Where Do We Go? [Pale Yellow LP]

Vinyl LP pressing. 2019 release. When We All Fall Asleep, Where Do We Go? is the debut album from Billie Eilish and includes 'When The Party's Over', 'You Should See Me In A Crown' and 'Bury A Friend'. The album follows 2017's Don't Smile At Me EP which peaked at #14 on the Billboard Top 200 chart. LP Color is Pale Yellow.

$29.99
Billie Eilish
When We All Fall Asleep, Where Do We Go? [Pale Yellow LP]
Quick View

The second album from Harry Styles, Includes the singles “Watermelon Sugar” and “Lights Up.” 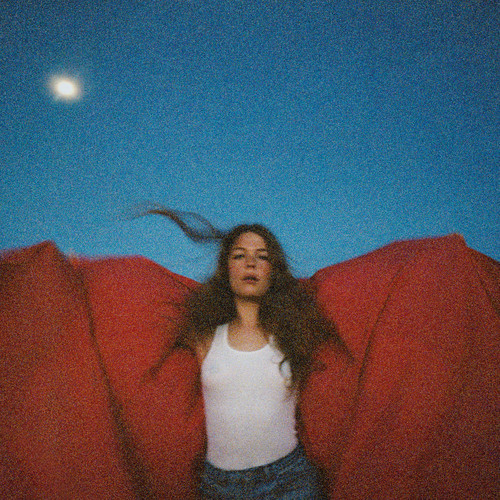 Heard It In A Past Life

After graduating from NYU’s Tisch School of the Arts, Maggie Rogers released her critically acclaimed debut EP, 'Now That The Light Is Fading'. The acclaimed producer/songwriter/performer now releases major label debut album: ‘Heard It In A Past Life’. The album includes the song that introduced Rogers to the world, “Alaska,” which has accrued over 100 million global combined streams to date. ‘Heard It In A Past Life’ also contains the follow-up singles “Fallingwater,” praised by NPR as “a celebration of the terrifying yet thrilling process of change” and “Give A Little,” which Pitchfork hailed as “cathartic pop song about empathy and unity.”; as well as newest single “Light On”, as seen on Saturday Night Live - November 3rd.

$13.95
Maggie Rogers
Heard It In A Past Life
Quick View 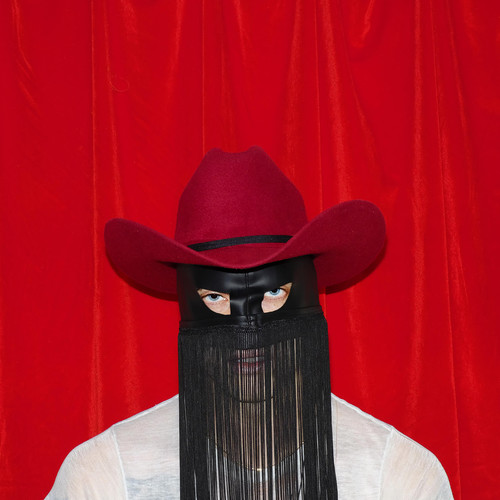 Combining the lulling ambience of shoegaze with the iconic melodies and vocal prowess of classic American country music, enigmatic outlaw cowboy - Orville Peck, croons love and loss from the badlands of North America. The resulting sound is one completely his own, taking the listener down dusty rose-colored desert highways, through a world where worn out gamblers, aloof road-dogs and lovesick hustlers drift in and out of his masked gaze. Orville’s upcoming debut album, Pony, delivers a diverse collection of stories that sing of heartbreak, revenge and the unrelenting tug of the cowboy ethos. Warm lap steel guitars and echoing drums move through dreamy ballads, campfire lullabies and sometimes frantic buzzsaw tunes, all the while paying homage to his country music roots. Orville’s music has been featured by Nylon magazine, ID mag, Vice, The Needle Drop, as well as numerous Apple Music and Spotify playlists. He has also had magazine features in New York’s Hello Mr. and the UK’s Notion.

Drive-By Truckers is kicking off the new election year with The Unraveling, their first new album in 3 1/2 years (the longest space between a new DBT albums ever). Those years were among the most tumultuous our country has ever seen and the duality between the generally positive state of affairs within the band and the turbulent world outside (or as Patterson Hood puts it: "watching so many things we care about be decimated and destroyed”) informed the writing of this album to the core.

Up and Rolling [LP]

'A forgotten roll of film was found. Shot before the turn of the century, the photographs resonate with music. The images inspired an accompanying soundtrack. The music is full of stories. The songs and stories originate in two neighboring rural counties. The cast of characters includes four families of Mississippi musicians, three generations deep, and a photographer from Texas.' - Luther Dickinson In 2017, Wyatt McSpadden found an old roll of film and tracked down members of North Mississippi Allstars to share his forgotten photographs. The images were so profound and so beautiful that they would come to inspire the latest recording, Up And Rolling. The images inspired the band to ask, 'What did the music sound like that night in 96? What does Mississippi music sound like now? What would ideally be on the push button AM/FM radio as we drove thru the hills?' The North Mississippi Allstars would return to the famous Zebra Ranch to record Up And Rolling, inspired by Wyatt's images. They gathered together, trimmed back the wisteria, and swept out the converted barn recording studio. The fired up the tube amps and old computers and began conjuring up modern Mississippi music, ancient and futuristic all at once. Telling it how it was and how they think it should be. Up And Rolling is modern Mississippi. Transcending time and space, the music reaches out into the dark of night like the wisteria vine, looking for free hearted souls to latch onto and wedge into the foundation of hate, slowly tearing down walls a generation at a time. 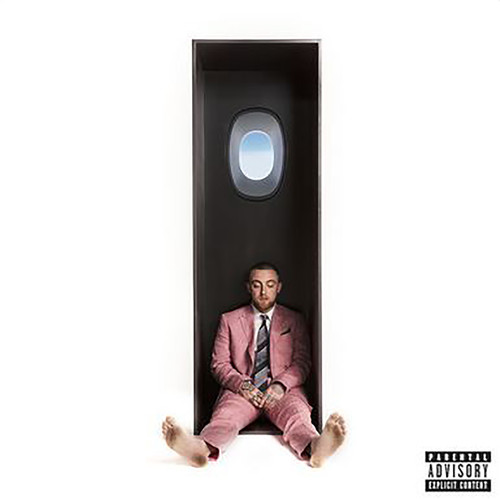 Vinyl LP pressing. Following the success of her 2018 Diary 001 EP, Clairo is taking summer 2019 by storm with her debut album Immunity. The album features lead singles "Bags" and "Closer To You." 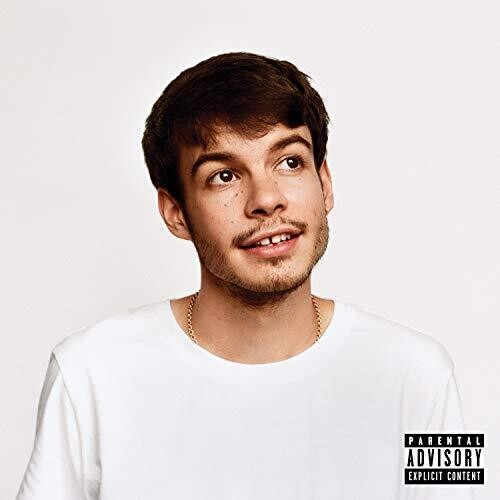 On the heels of release of his new song "10/10," Rex Orange County has announced details for his new album Pony. This highly-anticipated album is the follow up to 2017's Apricot Princess. The album was written, recorded, and performed almost entirely by Rex himself at Strongroom Studios in East London with frequent collaborator Ben Baptie co-producing, engineering and mixing the album. Rolling Stone has hailed the single "10/10" as "triumphant" and a "song you need to know," and the track was described by NPR as "a sincere, sad-boy gem." The album follows standout performances at a handful of major festivals this year, including UK's Glastonbury (where he first debuted "10/10"), Paris' We Love Green, Berlin's Lollapalooza, and Australia's Laneway Festival. Rex Orange County, born Alexander O Connor, is a 21 year old English recording artist and songwriter. To date, he has independently amassed over 1 billion streams, and self-released two albums - bcos u will never b free (2016) and Apricot Princess (2017). He was also featured on Tyler The Creator's 2017 album, "Flower Boy". His singles "Best Friend", "Loving Is Easy", and "Sunflower" are well over 125 million streams each, with "Loving Is Easy" now being RIAA certified Gold in the US and Australia. His 2018 highlights include his television debut on Jimmy Fallon (performing "Loving Is Easy"), and extensive touring including an epic performance at Glastonbury, where he closed out the Park Stage with his Sunday headline slot. 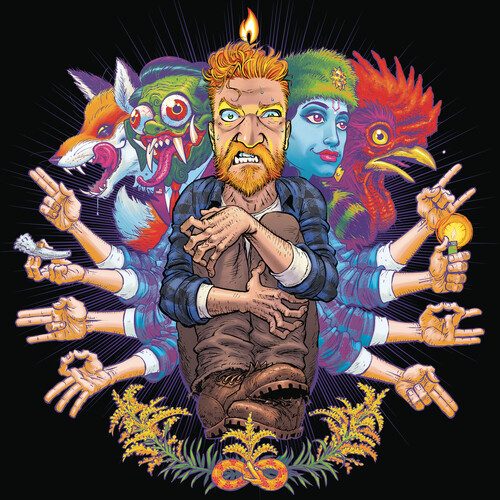 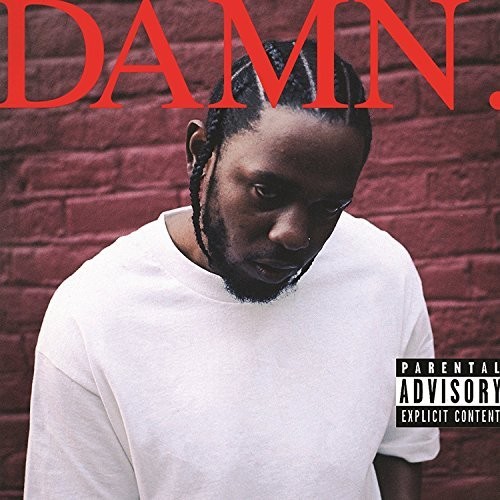 DAMN. [Explicit] by Kendrick Lamar - Damn (stylized as DAMN.) is the fourth studio album by American rapper Kendrick Lamar. It was released on April 14, 2017, by Top Dawg Entertainment, Aftermath Entertainment and Interscope Records. The album features production from a variety of record producers, including executive producer from the Top Dawg Entertainment label-head Anthony "Top Dawg" Tiffith, Sounwave, DJ Dahi, Mike Will Made It and Ricci Riera; as well as production contributions from James Blake, Steve Lacy, BadBadNotGood, Greg Kurstin, The Alchemist and 9th Wonder, among others. Kendrick Lamar ?- DAMN.

$37.99
Kendrick Lamar
Damn. [2LP]
This website uses cookies to personalize content and analyse traffic in order to offer you a better experience.
I accept Learn More
back to top