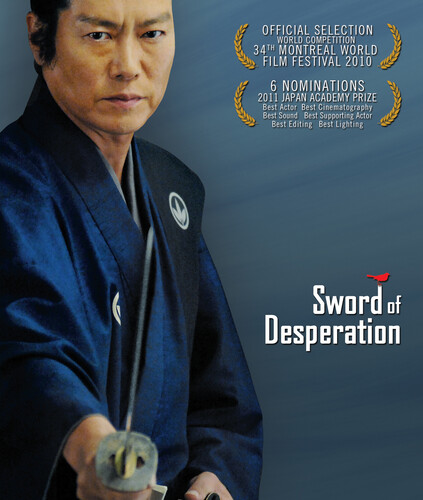 In order to save his fief, expert swordman KANEMI Sanzaemon publicly assassinates his lord's favorite concubine. Instead of being beheaded, he is sentenced to solitary confinement for one year, then ordered to serve as the lord's bodyguard. This tale of honor, intrigue and deception inevitably ends in bloodshed and betrayal. 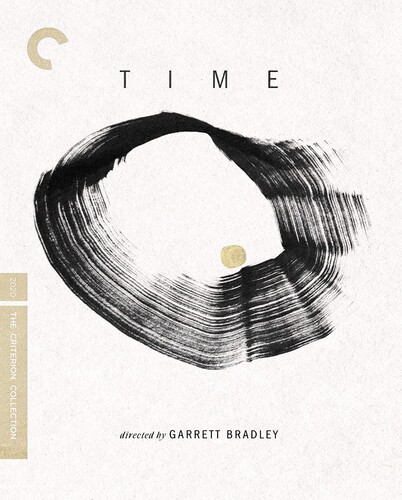 In 1997, Robert "Rob Rich" and Sibil "Fox Rich" Richardson were convicted of armed robbery for the holdup of a Shreveport credit union. Then pregnant and with four sons at home, she was released after three years-while he faced 60 years without parole. Her two-decade effort since to argue for her husband's early release, as partially chronicled through the home movies she sent to Rob over the years, receive a sobering recounting in Garrett Bradley's acclaimed feature. 81 min. Widescreen; Soundtrack: English Dolby Digital 5.1; Subtitles: English (SDH); audio commentary; bonus short "Alone" (2017); featurettes; theatrical trailer. 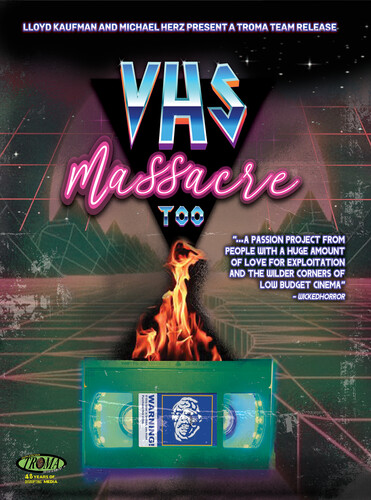 Blu-Ray: $19.95 UNAVAILABLE
The last stand of the American exploitation film. In a post video store era, media consolidation has led to the censorship and near death of the independent and exploitation film industry. Joe Bob Briggs (Last Drive-in), Debbie Rochon (Toxic Avenger IV), Lloyd Kaufman, and James Rolfe (Angry Video Game Nerd) take us on an adventure that leads from the last Blockbuster video store in Bend Oregon to Troma Entertainment in New York, all in an effort to examine how history keeps repeating itself from the video store era to the modern streaming. This film is a follow-up to the award-winning VHS Massacre documentary. 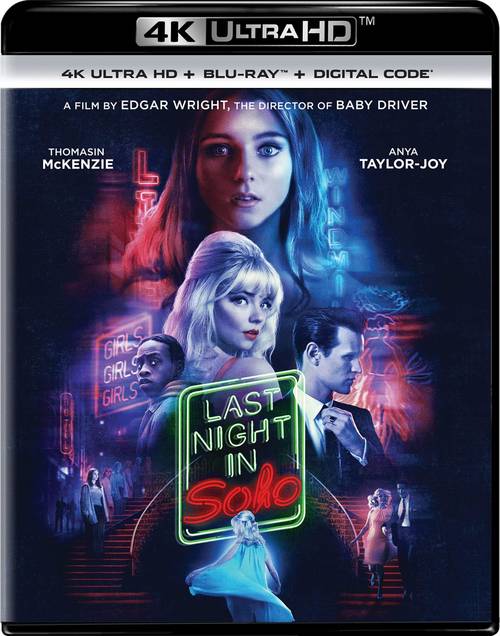 Come from Cornwall to pursue fashion design in London-and struggling- fragile Eloise (Thomasin McKenzie) always had her fascination with the '60s to fall back on. The fateful fissure comes when she starts experiencing life back in the Mod era-through the eyes of aspiring singer Sandie (Anya Taylor-Joy)-and the consequences in both past and present may be dire. Edgar Wright's stylish shocker co-stars Matt Smith, Rita Tushingham, Terence Stamp and, in her screen farewell, Diana Rigg. 116 min. Widescreen; Soundtrack: English. 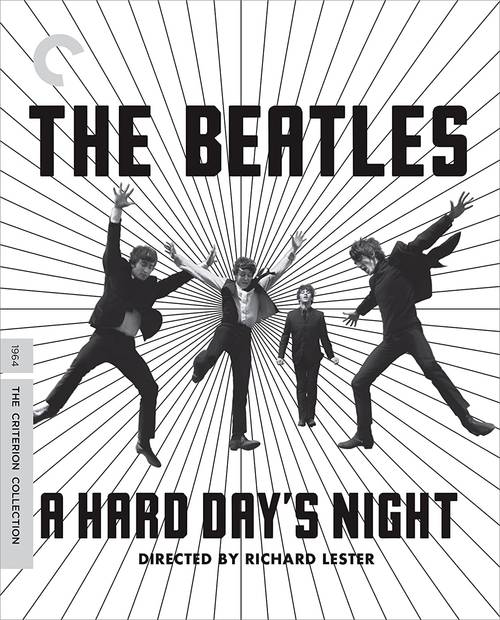 Meet the Beatles! Just one month after they exploded onto the U.S. scene with their Ed Sullivan Show appearance, John, Paul, George, and Ringo began working on a project that would bring their revolutionary talent to the big screen. This film, in which the bandmates play slapstick versions of themselves, captured the astonishing moment when they officially became the singular, irreverent idols of their generation and changed music forever. Directed with raucous, anything-goes verve by Richard Lester and featuring a slew of iconic pop anthems-including the title track, "Can't Buy Me Love," "I Should Have Known Better," and "If I Fell"-A Hard Day's Night, which reconceived the movie musical and exerted an incalculable influence on the music video, is one of the most deliriously entertaining movies of all time. 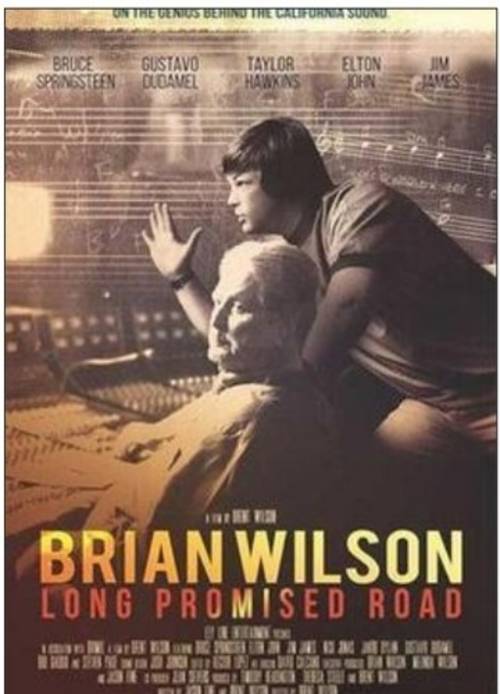 Punctuated with memorable concert, studio, and interview footage, this entertaining, informative, at times heart-tugging road trip with the Beach Boys' Brian Wilson and Rolling Stone editor Jason Fine provides both a first-hand, intimate look into Wilson's storied life and further inspiration to anyone who has been touched by his music. Blu-ray 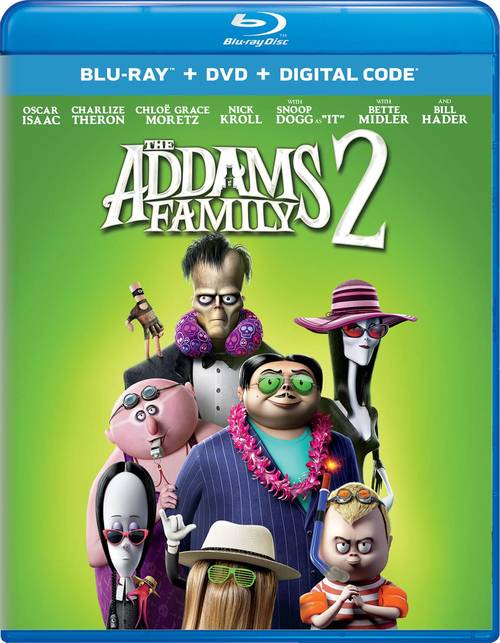 Just because they're mysterious and spooky, that doesn't mean they don't have the same problems as "normal" families. With Wednesday (voiced by ChloĂ« Grace Moretz) and Pugsley (Javon Walton) growing up and spending less time at home, Gomez (Oscar Isaac) and Morticia (Charlize Theron) plan a wacky cross-country road trip for the whole Addams Family-in a haunted camper, no less-in an effort to spend some quality time together. Bette Midler, Snoop Dogg also supply voices to this computer-animated sequel. Widescreen; Soundtrack: English. 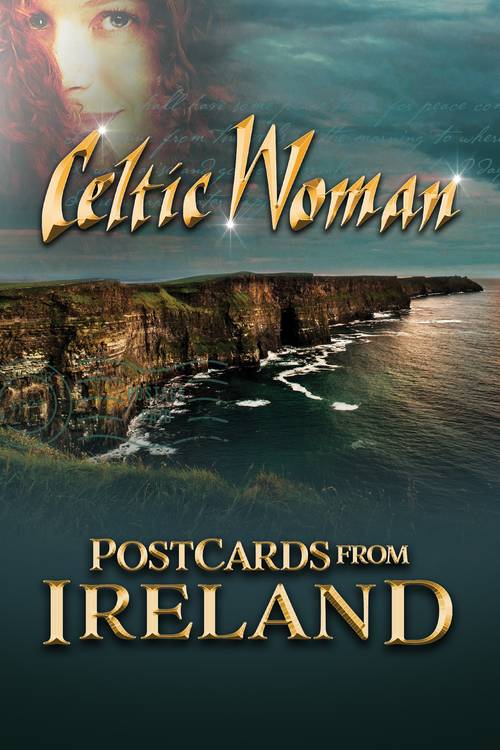 Filmed at 14 beautiful and iconic locations around the island of Ireland, Postcards From Ireland features 80 minutes of beautiful Irish landscapes as Celtic Woman perform 13 new compositions from their latest album, plus some fan favorites. Breaking from the usual format of former concert specials, Celtic Woman bring an innovative, fresh and vibrant approach as they take fans on as magical journey through Ireland, performing in some of the most stunning land and seascapes across the country.